Sydney's property market has been experiencing unsustainable price growth in recent years. And not just in the city itself, but in the surrounding suburbs as well. So, what’s behind this steady rise in prices...and what does the future hold for the property market in Sydney? Let's look at what has caused these double digit price accelerations and see what’s likely to happen next.

How We Got Here

Firstly, the rise in housing prices in Sydney did not happen overnight. The factors that have contributed to the strong price growth of the last few years actually took place in the years — even decades — prior. Here are some of the key components that have driven prices so far through the roof:

To put it simply, there’s just not been enough construction of new homes (both houses and apartments) in the lead-up to this most recent construction boom. Compounded by current owners of properties in sought-after areas hanging on to them for longer periods of time, the supply of properties has been further reduced for those looking to move into the area. With lower supply comes higher prices, as the few properties that are available are in much higher demand.

A metropolitan hub with plenty of jobs, it’s not hard to see why Sydney is a popular city that attracts its fair share of Australia's population growth. More and more people move to the city with each passing month. Valuers Charter Keck Cramer have predicted that by 2050, both Sydney and Melbourne will be home to 7.7 million people. As the younger population grows up and leaves the nest, the demand for housing continues to skyrocket, causing home prices to go up even higher.

Because of its solid stature as a world business power, Sydney is incredibly attractive to investors and expats from overseas. Australia is on the doorstep of the ASEAN region, and two-thirds of the global middle class is predicted to live in our region by 2030. Furthermore, 50 percent of urban growth through 2050 will come from just seven countries, three of which are in our region: India, China and Indonesia. China in particular has shown a lot of interest in the Sydney property market in recent years. As much as Sydneysiders might lament the runaway property prices, many wealthy overseas investors see Sydney's property prices as relatively inexpensive, as well as clean, safe, low-density and stunningly beautiful.

Being a harbour city situated around the water, fresh land for building is scarce to come by in the central areas and CBD. The problem is not necessarily that the infrastructure has been poorly planned, in comparison to Melbourne for example; it’s more that we’re simply running out of land to build on. Compared to other capital cities in Australia, Sydney's push toward higher-density living started much earlier. So the CBD and inner city suburbs have become so built up and compacted that now the only way to build is up. Now we’re seeing more skyscrapers with smaller apartments, as opposed to new single-family homes.

The current pace of price growth is simply not sustainable over the long run. If things keep going the way they are, Sydney will soon be a city that is accessible only to the super-rich. Here's a look at some potential changes that could turn the tide and rein in the price increases, so that average families can still afford to make this beautiful city their home:

Recent changes will have a significant effect, including increased taxes on foreign investors and far tougher lending conditions imposed by the banks. By slowing the influx of foreign buyers, more properties will be available for the local residents who actually need them. Tighter restrictions on the amounts of money foreigners are allowed to import could make it more difficult for them to afford property in Sydney without borrowing money from Australian banks. Currently, the Chinese government restricts the amount of money their citizens can move out of the country to US $50,000 p.a. If the Chinese government relaxes these controls in the future, then all bets are off for what property prices in Sydney and other Australian cities could do. Our own government and regulators have a challenging job juggling the need for foreign investment without compromising the best interest of our own citizens.

The recent construction boom in Australia has been an important economic boost after the mining boom faded. Given that the population shows no sign of slowing its growth, the only solution is to build more homes to accommodate more and more people. As mentioned above, it is difficult to build much more in the CBD and inner suburbs, due to the relatively high population density there already. In fact, we are already seeing higher-density living spreading farther out into the suburbs to meet the continued demand for housing. While new construction in the city centre will consist mainly of high-rise apartments, construction in our middle ring suburbs will see the shift toward medium-density townhouses and lower-density unit dwellings, leaving the more traditional house and land packages to be built mainly in the outer ring suburbs over time.

This goes hand in hand with the previous point. In order to encourage families to move farther out of the city and into the outer suburbs, there needs to be an increase in job opportunities and essential infrastructure away from the CBD. In recent years, the majority of efforts to spur job growth have focussed on the CBD and inner city areas, where housing is already compacted to its breaking point. This only results in more and more traffic on the city's roads and on public transportation like ferries and trains. In order to truly make a lasting change that will help to balance out home prices, it is crucial that smaller city centres develop in the outer suburbs. While it is not necessary for them to rival the size of Sydney itself, it is important that the outer towns have their own economic centres where local residents can find the employment they need closer to home. Sydney is moving in this direction with areas like Parramatta, Hurstville, Ryde, and Badgery's Creek all growing up over the last decade. Even so, it will take time to reach the needed levels.

None of these changes can be instantaneous, so it is unlikely that we will see any major changes to the Sydney property market any time soon. We are not predicting Sydney's price growth will hit the same heady heights of recent years, but we see no immediate signs of major market corrections either. However, with the median house price well above $1 million in the Harbour City, we see affordability dragging on near-term growth. In fact, according to a recent study by Residex, only one in five of Sydney suburbs (20.5%, to be exact) had a median property value of less than $600,000 in Dec 2016. It was almost twice as likely (38.5%) that a Sydney suburb would have a median value of over $1 million. What is even more interesting about this result is that it combines values for both houses and units (which are typically more affordable than houses). If you look at just houses, Sydney now has more suburbs with a median price of greater than $2 million than with a median of less than $600,000.

In the long term, we see both the Sydney and Melbourne property markets continuing to race each other for the title of Australia's best-performing property market.

Other News and Videos

Mark Talks About Having Goals and a Clear Plan

Mark Talks About Having Goals and a Clear Plan 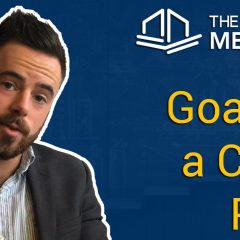 Further Changes are Underway Outside of the Royal Commission Findings

Performing a ‘Credit Check’ can make some of us nervous. Particularly, if financial skeletons exist in your closet! The Value of Getting Good Financial Advice

Recent surveys suggest that about 80% of the Australian adult population does not seek financial advice. Some retirees rely solely on their rental incomes from their investment properties to fund their retirement. Others use it simply to enhance their lifestyle, regarding it as nice-to-have additional income — and of course many retirees don’t own rental property at all. Wealth Strategies For Every Stage of Life

A basic principle of wealth accumulation is that at least some of the income you generate throughout your working years should be utilised towards growing your wealth. What You Need to Know About Your Credit Score

Remember back at school when you got a report card that told you, or perhaps more importantly your parents, how well you were performing in each of your subjects? Well, your credit score and credit report are used by lenders to see how well you are doing managing your finances.